The True Value of
Proof of Concept 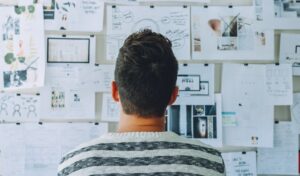 Innovation is a process. An idea for a product or service must travel through a number of stages to test feasibility before you can prove viability in a marketplace. Somewhere between an idea and going live is your Proof of Concept (PoC).

When investing in intrepreneurship at a large enterprise or working with outside consultancies, a true Proof of Concept is a crucial step for managing risk while still being innovative and agile. The PoC is where you stress test your value proposition and messaging, your path to purchase for customers, your usability, and most importantly, your functionality. It’s where you strengthen your manufacturing process and servicing capabilities based on true insights. And simplicity is key.

To mitigate risk on an unproven idea, first build a Proof of Concept, not a Minimum Viable Product.

In our travels and discussions with ventures, we notice that innovation nomenclature is often thrown around interchangeably. This shows to us that there’s a lack of clarity in the innovation process. Here, we attempt to provide some order and definition that hopefully helps with stating your objectives and seeing where you are on the roadmap to success before you start to raise investment capital to scale out your project. 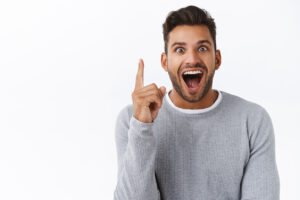 A Prototype is a technical concept and can range from anything beginning with a low-resolution version of your idea to something more mature and complex. A prototype is a test version of your idea. It’s a test of design, usability, and functionality and there may be many iterations before you get it right. Before you develop a Proof of Concept, the first prototypes will allow you to validate the following point:

Once the prototype has matured during this iterative process, you will use it as one element of your Proof of Concept to demonstrate total feasibility. Technically, whether it is your core idea or new features or functions, you are always prototyping throughout the life of your new venture.

A Proof of Concept (PoC) is “a realization of a certain method or idea in order to demonstrate its feasibility, or a demonstration in principle with the aim of verifying that some concept or theory has practical potential.” A proof of concept is usually not a complete offering.

There are a few things to keep in mind:

The concept of a customer purchase during the PoC is often misunderstood by entrepreneurs, stakeholders, investors, and so-called experts. In this stage, the purchase is less about the market test, and more about the functionality.

Can the user complete the act of paying for it? Does that work and does it make sense to the prospective customer?

Why is this important to understand? Because all interested parties should understand that a PoC may not be reflective of the full value of the offering, and that technical feasibility is not proof of market feasibility. That said, the fact the customer is still willing to part with money to access the solution is still a great checkmark on the way to MVP.

‘Customers will pay for it.’
‘I have a reliable unit of sale.’

The minimum viable product (MVP) is a full version of the offering. The idea is to have just enough features to stay viable. In other words, it’s not packed with dozens of cool features but instead just has the core functionality. 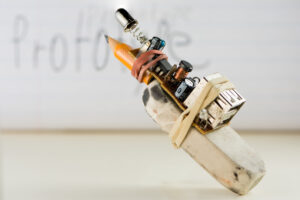 You might ask yourself, ‘why not build all the bells and whistles before launching into the market?’

The main reason startups fail is that they end up launching a product with packed features no one needs. As a result, both time and money are wasted. The purpose of building an MVP is to get the minimum version of the product to the market. This way, you’ll learn whether it has any value at all before over-committing financially. And if it does have value, you can start making money right away from your first customers.

Once you have built confidence and are self-funded from your own sales revenue, you are ready to pack your MVP with additional features. Of course, each new version should go through the same, or a slightly abridged, innovation process.

Unlike an MVP, the proof-of-concept is built to verify some minor technical assumptions before getting down to development. When you aren’t sure if your idea can possibly work, you build a PoC, not a minimum viable product. A PoC will cover a small part, not the entire system, and a limited number of users will get to experience it but it helps clarify which way to go in development.

A pilot project refers to an initial roll-out of any system. The purpose of a pilot project is to test the stage you’re in. You could conceivably conduct a pilot in each step above. A prototype pilot could be a training class for your team on the process of design thinking. In that, a generic problem statement would be explored. A PoC pilot could be conducted in a warehouse with friends, co-workers, or workers from the company next door. Now you are ready to test the PoC. Armed with the confidence that nothing crucial is missing or broken, you are ready to launch an MVP pilot as an initial launch into a limited market before scaling in a bigger market.

This might all sound simple but its the key to mitigating risk while still using the most impactful tools of iterative development and true innovation.